Ah, January 1st. The day where all of us vow to make drastic changes instead of doing the more logical thing which is to take baby steps towards change. So here I am, deciding to blog again and hoping I can actually stick to it. This year will probably be more interesting than last year so I should have more to talk about. I don’t really have any resolutions per se, but there are a few things I’m happy to have out of my life and even more I’m looking forward to. So here are my lists that I’m typing while watching some show on Netflix about the Arctic circle. Thrilling. 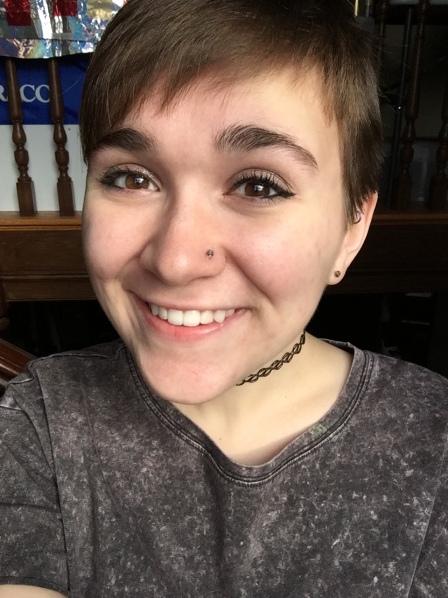 The entire salon watched me get it cut and I think my hairdresser was more nervous than I was. She let me cut part of it off, which was surprisingly therapeutic, and I got to donate over 12 inches to Wigs for Kids. This is seriously the most gorgeous I’ve ever felt. I don’t base my self worth off other people’s opinion, but I have gotten a lot of compliments. So I’m not complaining. I don’t know if I’m ever going back to long hair. Also there’s my face. Look how happy I am! I swear I’ve been glowing ever since I got it cut a few days ago.

Oh and this show has confirmed my suspicions that I never, ever want to live anywhere near the Arctic circle.

spoōn’līt’ing v. the act of being a normal 20something by day, but at night, attempting to turn into a novice cook who was crazy enough to try cooking her way through The Silver Spoon cookbook by the end of highschool.

Unfortunately, spoonlighting is harder than it looks and sometimes you just have to give up and cook whatever you want.

Not sure what to read? Why not start with my most popular posts?